Some Pastors in the Christendom teach their members that the great judgment day is for the sinners only, is that true?

Previously, I joined the school of thought that God so loves and cannot pass an incredible judgment on human beings. But, I was enlightened when the Lord revealed the great vision below to me:

Vision as regards the Judgment Day

“I saw some huge guards that surround a particular place which I could not properly describe but the place was white, and they were shouting at the top of their voices calling someone. I was wondering the need for such aggressive call…

After a moment, a Mighty Gigantic Being in white robe rose from the white place. Then I saw a golden crown descending upon His shoulder. The LORD is so mighty that the huge guards look like a cockroach beside HIM, I am sure my size can’t be more than a grain of sand.

The LORD moved forward and I saw two groups, one at the right, and the other to His left. And He proclaims judgment: “Satan has not been doing good, and he is condemned to eternal fire”. It was at that moment I knew that the handsome group leader was the devil. And after the proclamation, Satan and his followers automatically received golden handcuffs. They hopelessly bow their heads in deep sorrow.

The Great Judge and His hosts moved to the second group and said: “Jesus have been doing good, so He is victorious.” It was at that moment I knew that the handsome group leader was Jesus. Then, I saw Jesus dancing and His followers were filled with joy. They were clapping their hands, jumping and shouting Victory! Victory!! ”

It was 4am when the Spirit of the Lord came and explained the vision to me.

Note: Everyone I saw in the vision had the image of God. So, the cosmetic/make-up folks should have a re-think!

The judgment day would be sharp like a two-edge sword. The Judgment Day would be bitter for some people, and it would be superb for the other group.

I implore you to join the class of hot and obedient Christians who would never allow the sweet things of this world to make them depart from the rules of holiness.

Cling to the rules of Jesus and let the Spirit of the Lord control your lifestyle. Then you will enjoy the victorious judgment of the LORD. 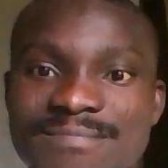